A Minute of Make-believe

In collaboration with Bharat Bhushan Mahajan and his son Amit Mahajan, practitioners of street portrait photography – the manual images produced here intersect with a contemporary culture of image making. The title of the series is with reference to the box camera used for this entire series, also called the ‘minute camera’ as it has an approximately one minute exposure time. This easy-to-make camera democratised photography by allowing ordinary people to have their photographs taken and became quite popular in Afghanistan, India, Pakistan and Myanmar between the 1950s-80s. Fantasies and aspirations formed an integral part of the resultant imagery as photomontage and ‘trick photography’ were extensively used to create images. The box camera snapshot, the analogue montage and the polaroid print, cross reference historical images as well as present trends, accentuated further by the practice of hand-colouring in some instances.

Browsing through the Mahajan archive, and using it as source material, the images produced, often with unexpected results, are further framed or presented as posts from Instagram, where hashtags and comments run as sub-texts. The ‘virtual’ turn of photography is addressed, as that too is a space of re-contextualising and extrapolating meaning, achieved here through groupings and juxtapositions. 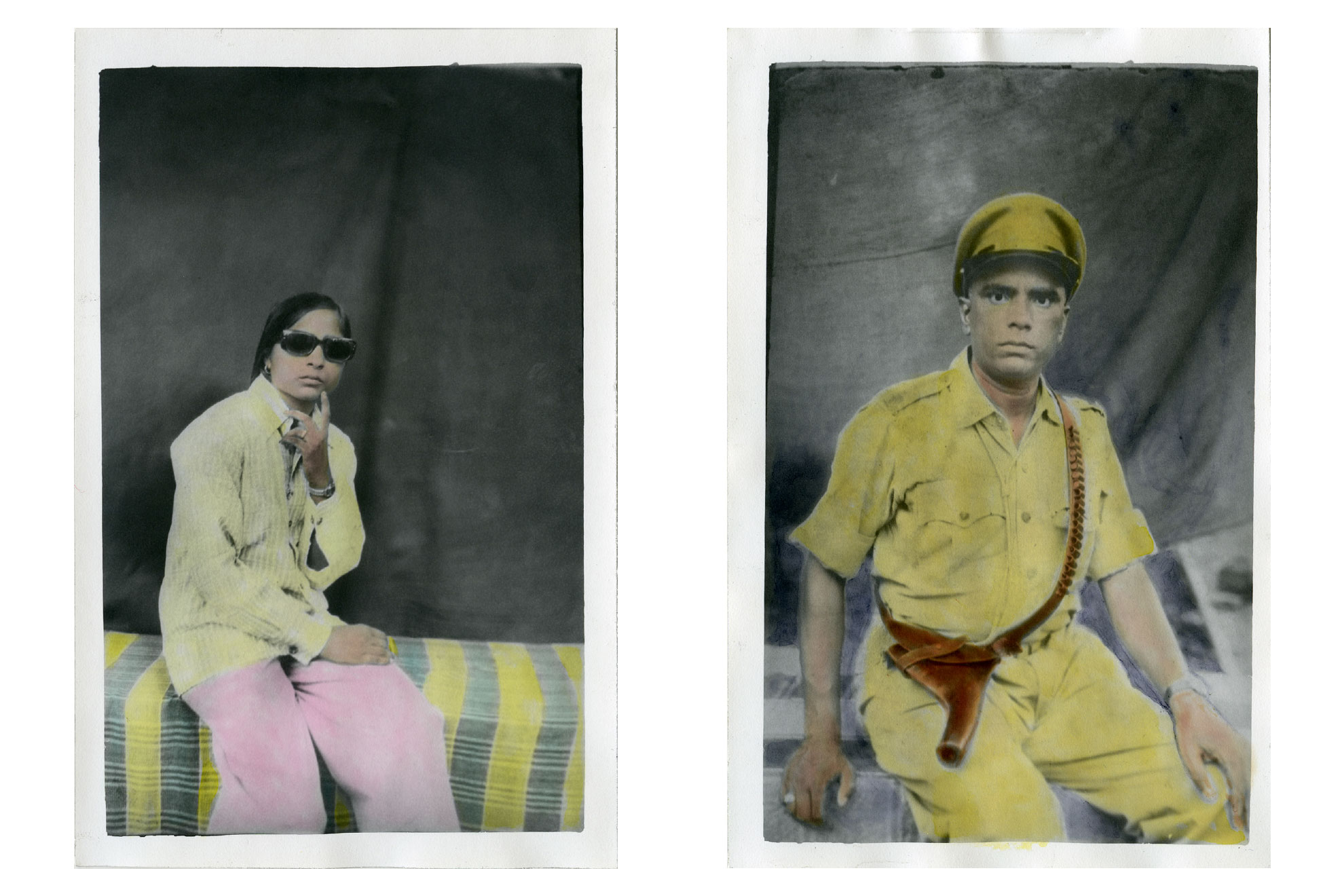