In documenting the lives of young women from the North-East India in Delhi, I was confronted with a two-fold dilemma that the women face: gender inequality and racial discrimination. A big city usually provides possibilities of integration into modern society free of social structures and prejudices.

The anonymity it offers not only empowers but also enables the evolution of one’s identity and dreams. This is not true for majority of the women of the North-East staying in the city.

To come and live in the city is an ordeal that they say robs them of their ‘dignity’. Where belongingness to a metropoli is stolen by their distinct looks, always caught up in labels - ‘exotic’, ‘chinky’ or ‘available’. They live in consatant fear of being targetted as the ‘other’. Lack of knoweledge about their culture further compounds matters.

The following diptychs have emerged out of stories these young women have shared with me, providing a glimpse into their life and longing to be accepted no matter how they look. In this project I have tried to capture the spaces where they feel safe, free to be themselves. And other spaces, where they feel threatened and trapped by their distinctiveness or ‘face’. 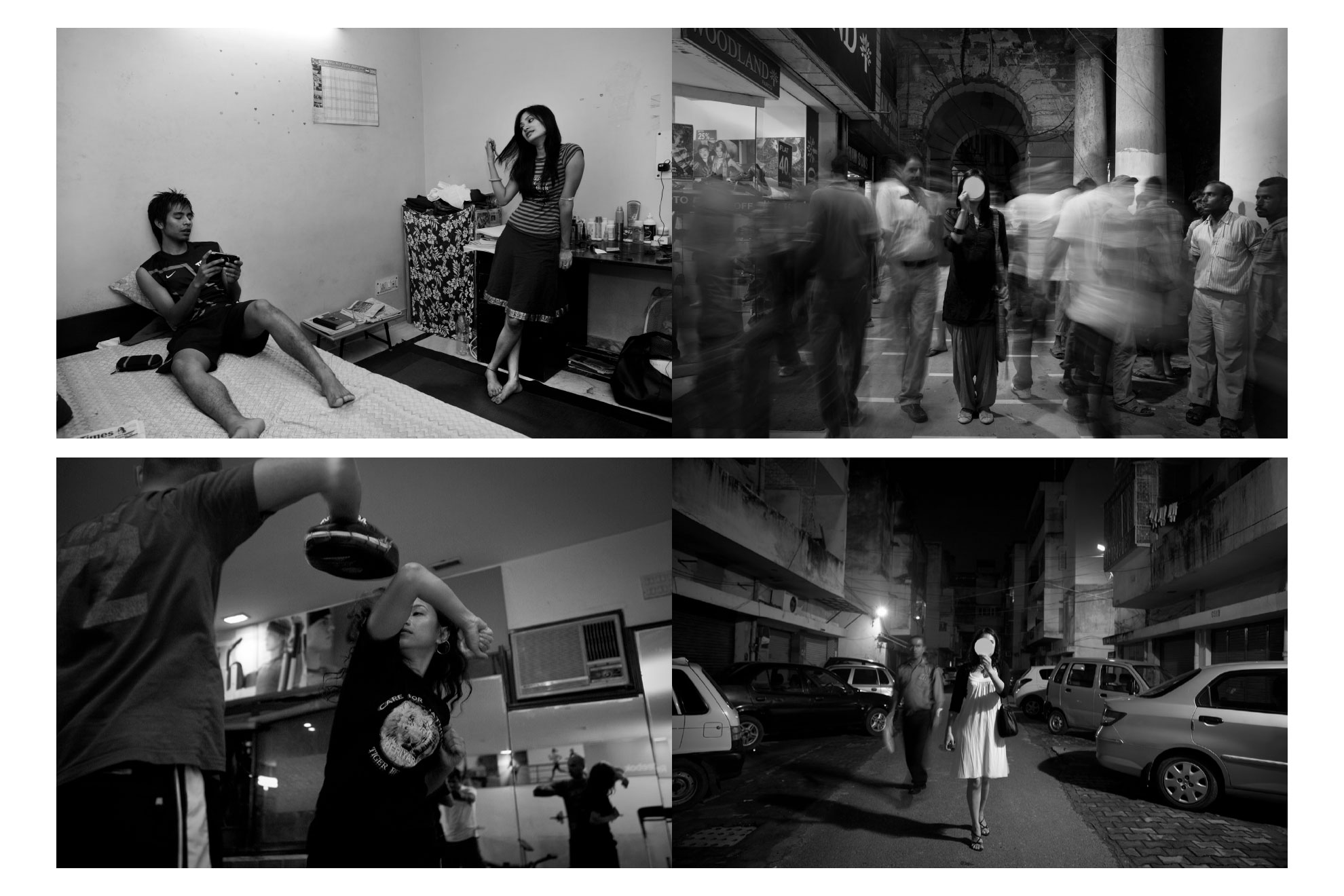