For thousands of refugees from Africa who make the harsh journey from war-ravaged homelands to an adopted one, arriving at a desired destination after extreme hardship and often with help of sheer luck is only half the journey. After that comes the ultimate test of human resilience and dignity – the battle of identity, the desire to be accepted and socially integrated. At this stage of arrival, the ‘asylum seeker’ is sucked into the vortex of documents and permissions, economic and social profiling and barbed halfway homes. He or she is challenged to learn a new language and geared to be economically productive and socially adoptable.

Surviving all this is challenging. It raises the question of what constitutes the idea of home? Is home a country, a place, a shelter or something more intangible? Through the ages people have migrated from place to place, reinventing and recreating what home means to them.

In this body of work done in the autumn of 2013, I have looked at lives of ten Eritreans trying to find their bearings in a new land (Switzerland). The diptychs present spaces the subjects wanted to be photographed in, juxtaposed with spaces they inhabit, visit or pass by. Through this exercise I have tried to draw a portrait of a life (as lived in a new place) and memory (the inheritance of a home left behind).

Exhibited as part of a group show commissioned by the Forum Schlossplatz, Aarau (Switzerland), 2013 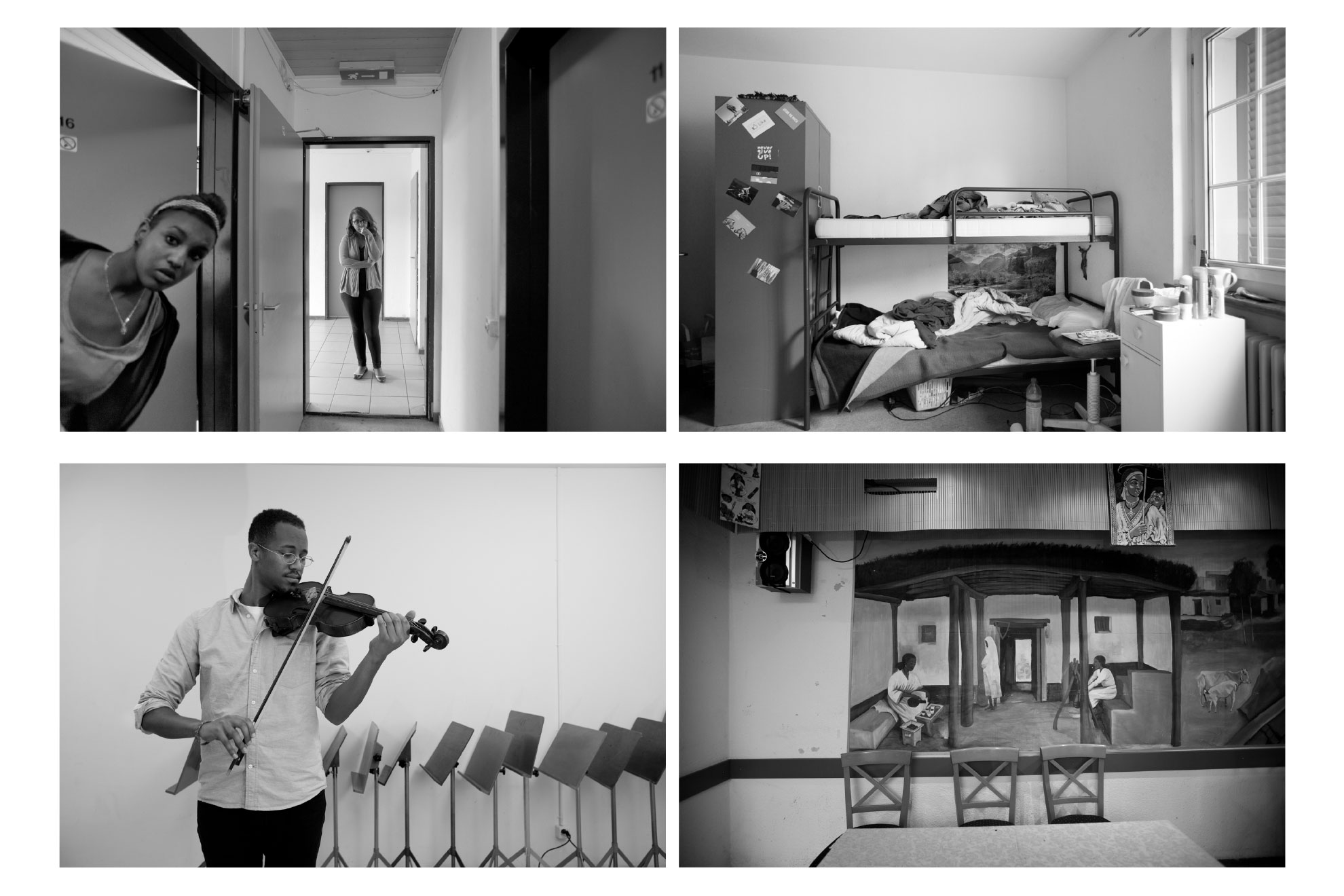